When many people think of the Loire Valley they think of Renaissance chateaux.

Today we took Jimmy (who flew with the Royal Air Force in World War II) to some of the lesser known, but still fascinating, sites in the South Touraine. Jimmy was interested to hear about Jean Delalez - known as "Charlemagne" in the Resistance movement - a local schoomaster and organiser of the escape network for downed aircrew and undercover agents, who is remembered today in the name of the school at which he taught. 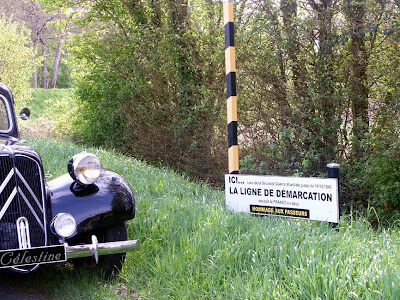 We also stopped at a memorial which markes the spot where the demarcation line between Occupied and Free France once crossed a field in the middle of the country, and we wondered at the disruption this must have caused to everyday life in the area.

In between, we visited a forest where some of the nastiest encounters between the Resistance and occupying forces took place, and a prehistoric burial site - all in one afternoon. If you would like to spend an afternoon discovering little known sites which are part of a world wide story email us and tell us what interests you.

The cost of an afternoon tour in the South Touraine is 120euros for up to three people.
Email ThisBlogThis!Share to TwitterShare to FacebookShare to Pinterest

Not many people know this, but parts of France have a serious number of orchid species, and in another three weeks and they will be starting to flower. At Loire Valley Time Travel we are really fortunate to have the expertise of Susan to call on when it comes to the orchids of the Claise river valley. Susan trained as a field taxonomist and is extremely knowledgable about the flora and fauna of the area, specialising in orchids and insects.

The first orchids to appear are "early purple",
seen here with cowslips 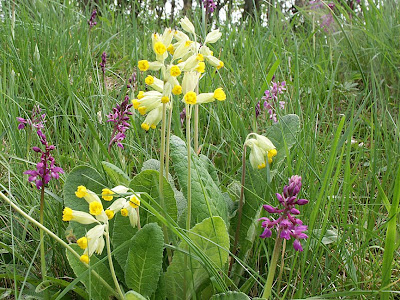 During the orchid season Susan leads "follow my leader" walks of some of the local orchid hotspots. These are for groups of up to 6 people, and cost 50Euros per group. If you are going to be in the area and would like to see some of these little jewels, email us to arrange a walk.
Email ThisBlogThis!Share to TwitterShare to FacebookShare to Pinterest

Almost all of our tours include a visit to a winery, and we particularly like the Vouvray area. The vineyards here produce still and sparkling white wine.

30 000 bottles of Chateau Gaudrelle sparkling Vouvray
maturing in a cave. 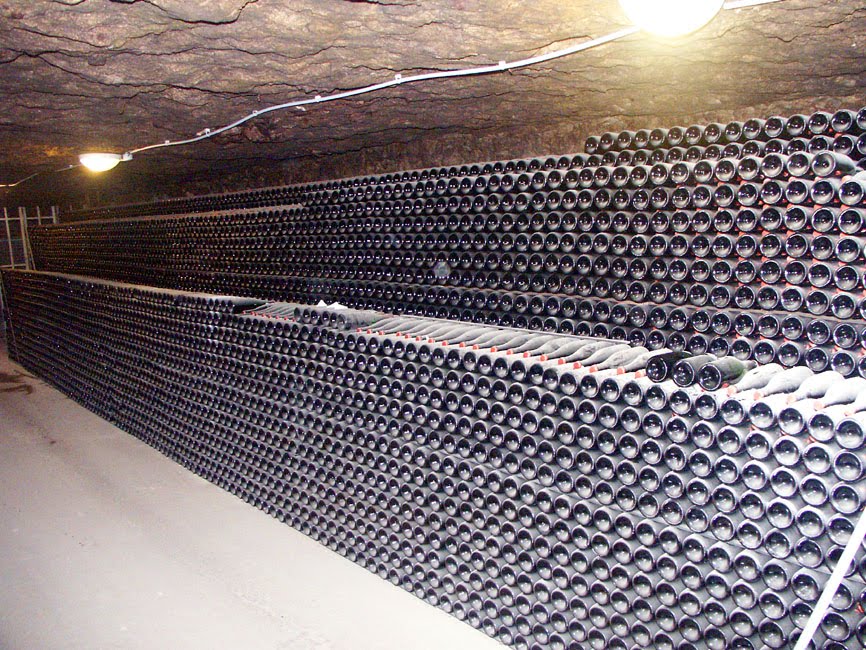 The sparkling wine is made in the same way as champagne, although the grape variety is different. It's extremely drinkable and extremely good value. Many of the vineyards are situated in spectacular locations, with the cellars occupying old underground limestone quarries in the riverbank cliffs. This provides the perfect constant temperature for the maturing wine stored there.

If you are interested in learning more about how the wines at Vouvray are made, and having a tasting session hosted by the winemaker, don't hesitate to email us.
Email ThisBlogThis!Share to TwitterShare to FacebookShare to Pinterest
Newer Posts Older Posts Home
Subscribe to: Posts (Atom)