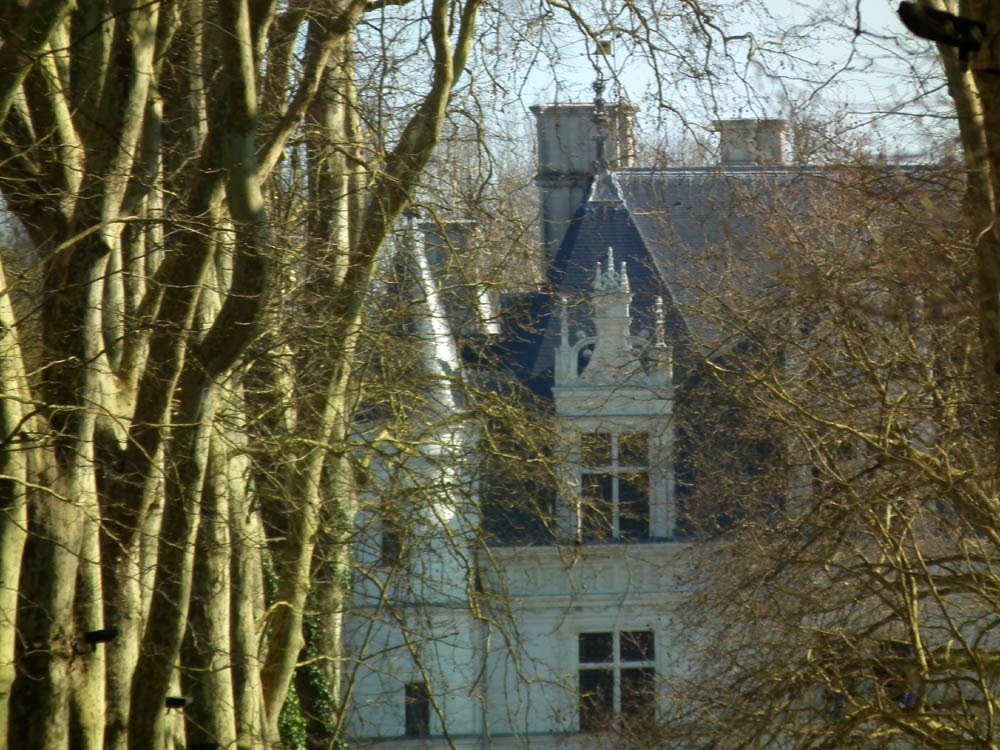 Would you like to get more than just a glimpse of this chateau through the trees? email us and we will create an itinerary that includes visiting its sumptuous interior and magnificent grounds. It has strong links to some of our favourite historical characters and even its more recent past is testament to the fact that this is no ordinary building.
Email ThisBlogThis!Share to TwitterShare to FacebookShare to Pinterest

Our tour vehicles are Citroen Traction Avants dating from the mid 1950s. For their time they were tremendously advanced, and the company could be likened to Tesla today. Unlike Tesla though, Citroen were not targetting the luxury market, but the middle class professional and family man. 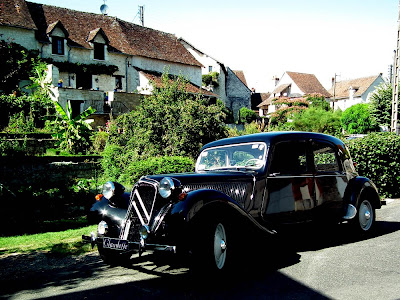 The French have an expression, 'dans son jus' ('in its own juice'), which is used to describe things which are old and have been maintained, but are not in 'as new' condition because they have been used over their lifetime. Our cars are like this. They are not in concours condition, but are kept in good working order. We like them to have the feel of well loved classics, restored, but not at the expense of patina and character.

If you would like to spend the day touring the French countryside in an authentic Citroen Traction Avant, email us and we will put together an itinerary that will include visiting a couple of chateaux, maybe a market, lunch in a relais style restaurant and a visit to a winery, just like the original owners of these cars would have enjoyed.
Email ThisBlogThis!Share to TwitterShare to FacebookShare to Pinterest

Talking to the Winemakers

The winemakers we visit in the Loire Valley all admit it -- they could talk for France on the subject closest to their heart, winemaking. They are happy to spend considerable time with our clients when we visit, explaining all aspects of the process and the industry. All your questions, from the most banal to the most probing will be willingly answered. Their mission, as they see it, is to make the best wine possible and share it with as many people as possible. The wineries we take clients to are not tourist traps, they are businesses run by people passionate and expert about what they do.


Charles Morand, explaining the finer points of vineyard management in Vouvray to me and Jeff from San Francisco. 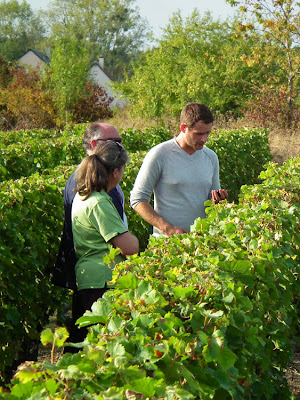 If you would like to learn more about the Loire Valley wines, email us. We can arrange visits to one or more wineries, including the vineyard, winemaking cellar and of course, a tasting session and the opportunity (but no obligation) to buy any of the wines you have enjoyed. At some wineries you can arrange to have the wine shipped direct to your home, at others the winemaker will give you the contact details for his importer so you can buy them in your home country if you don't want to take something right away. (Note that not all of the wineries we visit export, and those that do may only export to a few countries.)
Email ThisBlogThis!Share to TwitterShare to FacebookShare to Pinterest 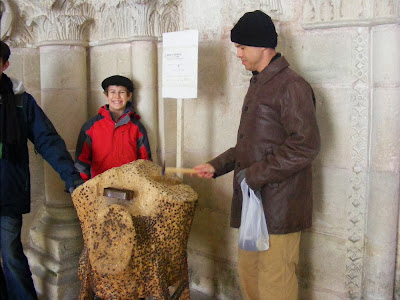 Local traditions abound in the Loire Valley. They range from the choice of wine you drink with the local goats' cheese to little personal rituals like the one above. This is a tree stump carved so that it has legs, which stands in the porch of Saint Ours church in Loches. Visitors are invited to purchase 3 tacks for a euro, and whilst hammering them in to the stump, make a prayer. The money raised goes to Catholic Aid.

If you would like to experience a day where you can join in traditional daily activities such as shopping at the market, eating at a typical restaurant full of locals and taking your turn in local rituals, email us and we will design a tour for you that includes mingling with the locals as they go about their daily lives.
Email ThisBlogThis!Share to TwitterShare to FacebookShare to Pinterest
Newer Posts Older Posts Home
Subscribe to: Posts (Atom)