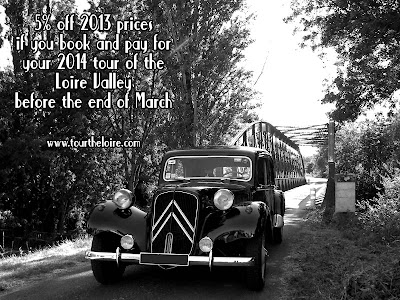 The Loire Valley is a photographer's dream location. There aren't many places you have such an abundance of beautiful scenes to photograph. Look down any village street, out any chateau window and you will be enchanted. We took the photo below from inside the chateau of Azay le Rideau in early April, but it is just as lovely any time of the year. 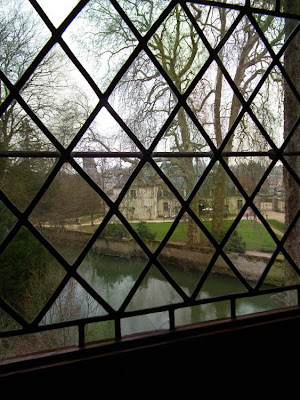 If you take your camera everywhere and love to photograph a stunning view, email us and let us design a tour of the most picturesque places in the Loire Valley for you.
Email ThisBlogThis!Share to TwitterShare to FacebookShare to Pinterest

Fighting in the Forest -- what happened after D-Day

It's the 70th anniversary of the D-Day Landings in June 2014. Also known as Operation Overlord, the Allied landings on the beaches of Normandy in northern France turned the tide of the Second World War. We've noticed that quite a few of our clients have either just done a Normandy Beaches tour, or are off on one immediately after they leave us. 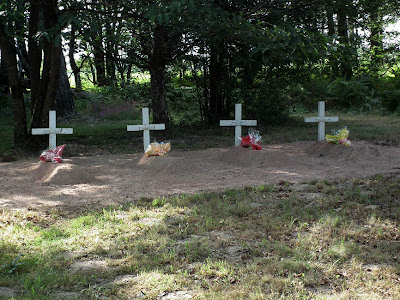 Because of this, we thought many people would like to know what happened in the Loire Valley in the centre of France after the D-Day landings in the north. The region is very rural, with many forests, and throughout those forests and on roadsides you will encounter the simple graves of Resistance fighters who were killed in the summer of 1944. The stories behind each of these graves are remembered and honoured by the local people.

If you are interested in Second World War history, don't think that the Loire Valley is just about chateaux. We can introduce you to more recent historical events (as well as show you a chateau or two...). Email us if you would like a tour that includes the history of our own times and an insight into how the Second World War changed France. (Note that we do not organise tours of the Normandy Landing Beaches.)
Email ThisBlogThis!Share to TwitterShare to FacebookShare to Pinterest
Newer Posts Older Posts Home
Subscribe to: Posts (Atom)