We have designed a number of tours for clients who have time to explore the Loire Valley in more detail than a one day tour would normally allow. All of our one day tours can be combined for longer trips, but we can also design a specific tour for you if you have a particular interest.

For example: Although the Loire Valley is well known for its renaissance chateaux, there are many interesting earlier characters in the area, including the Romans, early medieval dukes, and kings of England and France.

Our latest two day tour explores the life of Eleanor of Aquitaine, and some of the locations most associated with her.

Two Days with Eleanor of Aquitaine

Eleanor of Aquitaine was born in about 1122, and by the age of 15 was the most eligible bride in Europe. Three months after she became Duchess of Aquitaine she married King Louis VII of France and accompanied him as Queen of France on the unsuccessful Second Crusade. Soon after, Eleanor sought an annulment of her marriage, but her request was rejected by Pope Eugene III. However, after the birth of her second daughter Alix, Louis agreed to an annulment given that their union had not produced a son after fifteen years of marriage 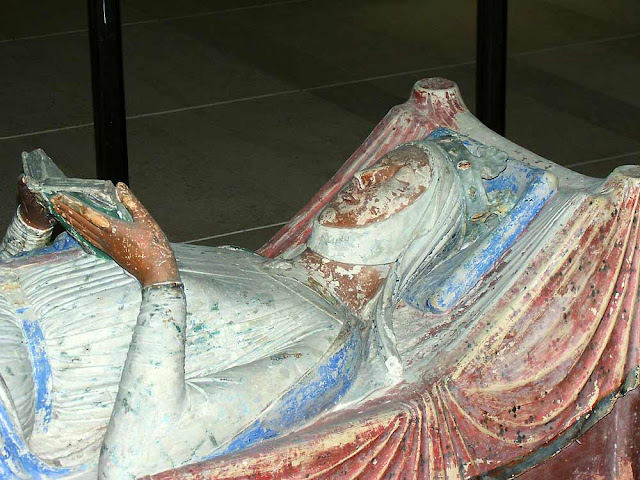 As soon as the annulment was granted, Eleanor became engaged to Henry, Duke of Normandy and Count of Anjou, who became King Henry II of England in 1154. The couple married on 18 May 1152 (Whit Sunday), eight weeks after the annulment of Eleanor's first marriage, in the cathedral in Poitiers. Over the next thirteen years, she bore Henry eight children: five sons, three of whom would become kings; and three daughters.

We start your tour in Poitiers, the town where Eleanor was born and died, and the base of her power. There we visit the Palais and its "Salle des Pas Perdus", the dining hall built for Eleanor which is "so vast that footsteps get lost". We then go on to Notre-Dame la Grande, a decorated church that was already important by the time of Eleanor's birth. 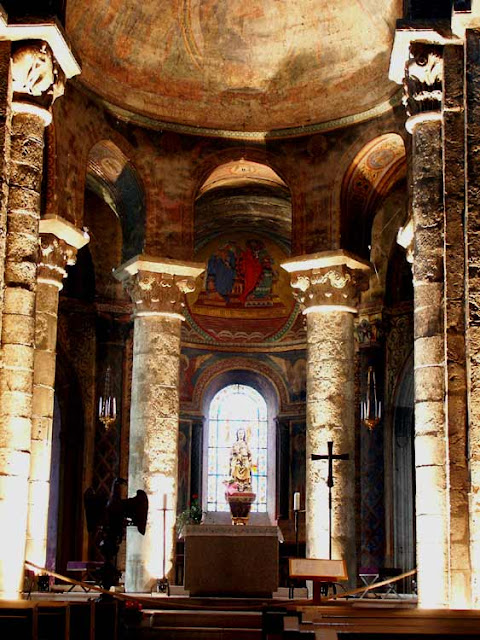 After lunch we visit the Cathedral de Poitiers. Eleanor married Henry II of England in the predecessor of the current building and to celebrate they built a new cathdral on the same site, commissioning a stained glass window which is still in its original position and containing a portrait of the newlyweds.

We then travel to your overnight accommodation.

The next morning we start by visiting the Abbey of Fontevraud, where Eleanor, Henry II, their son Richard the Lionheart and King John's queen Isabella of Angoulême were buried, and where their funerary monuments still lie. After a short visit to Candes St Martin (and lunch) we end at the Chateau of Chinon, favoured home of the Plantagenet dynasty.


The Chateau of Chinon 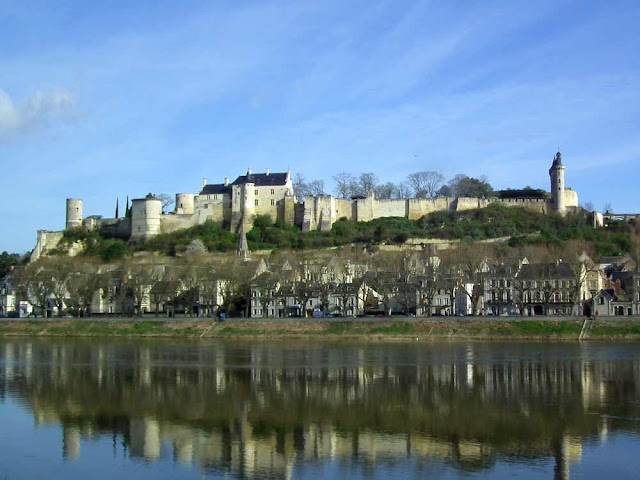 The cost of this tour is €2160 (euros), starting in Poitiers. Included in the price are services of driver and guide, lunch both days, and all admission fees. Not included are train travel to Poitiers and from Chinon, nor your overnight accommodation.

For a more traditional two days in the Loire Valley check out the tour on our website.
Email ThisBlogThis!Share to TwitterShare to FacebookShare to Pinterest
Home
Subscribe to: Posts (Atom)