A Prisoner in a Royal Chateau


Marie de Medici was sent into exile at the Royal Chateau of Blois by her son. She was born in Italy in 1575 and was King Henry IV's queen from 1600 to 1610. On the king's death she became regent until 1614 for Louis XIII. 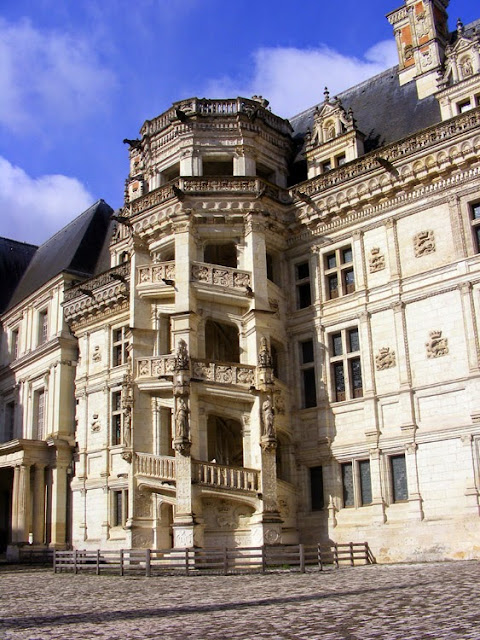 When Louis took full control in the spring of 1617 he decided to exile his mother and her entourage to Blois. Eventually, on the night of 21-22 February 1619, the 43 year old Marie escaped. She climbed out of a window of her apartment and with her jewel casket under her arm descended a 40 metre rope ladder.


The queen mother sought refuge at Angouleme and it took until 1622 until she was reconciled with her son.

If you want us to include this historic and atmospheric chateau in your tour with us, just let us know. To enquire about our private guided tours of chateaux, wineries, markets and more email us or use our contact form. More tour ideas can be found on the Loire Valley Time Travel website.
Email ThisBlogThis!Share to TwitterShare to FacebookShare to Pinterest
Newer Post Older Post Home