Joan of Arc in the Loire Valley

Joan of Arc, or Jeanne d’Arc as she is called in French, spent most of the part of her life that history regards as significant in the Loire Valley. Mind you, that’s not a very long time – she arrived here from her birthplace in the north-east in March 1429, and just over a year later she was captured by the Burgundians and her fate sealed. Living as I do in the Loire Valley, I ‘meet’ Joan in Chinon, Loches, Tours and Sainte Catherine de Fierbois. Orléans, also in the Loire Valley, where her association with the city is better known, is a bit far east for me and outside my home territory, so I won’t relate events there. Following in the footsteps of Joan of Arc in the Touraine Loire Valley will take you through some of the most attractive landscapes and towns the area has to offer. 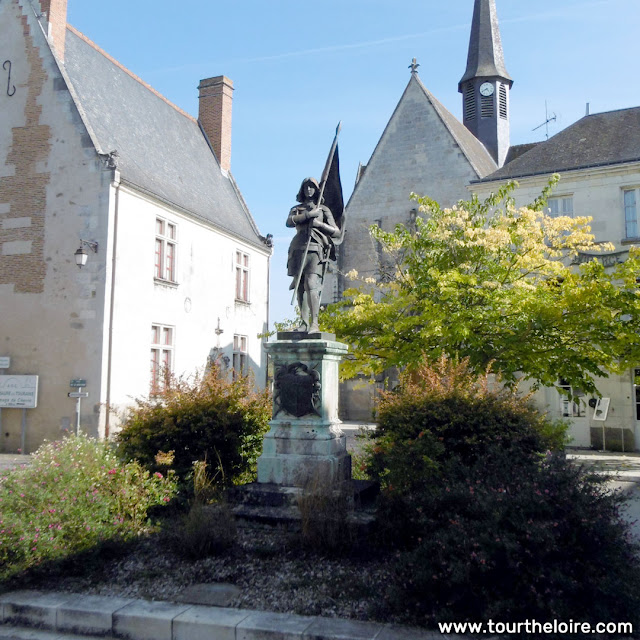 Of course, Joan can be encountered in literally any and every French church all over the country. Curiously though, the focus on her as a cult figure is relatively recent. She has always been a heroine for genuinely saving the kingdom of France, but it was not until after the shock of the Prussian invasion in 1870-71 that campaigning really gained popular momentum to have her declared a saint. She was adopted as a symbol of French independence and resistance, and all over France communities raised money to erect statues in her honour. She was finally declared a saint in 1920.

To enquire about our private guided tours of chateaux, wineries, markets and more email us or use our contact form. More tour ideas can be found on the Loire Valley Time Travel website.