The Young French Workers of the Second World War

This memorial to 'Groupement 34 des Chantiers de la Jeunesse' (Group 34 of the Youth Public Works) members who died in the Second World War is fixed to a building in the market place in Mezières-en-Brenne, a small town in central France. 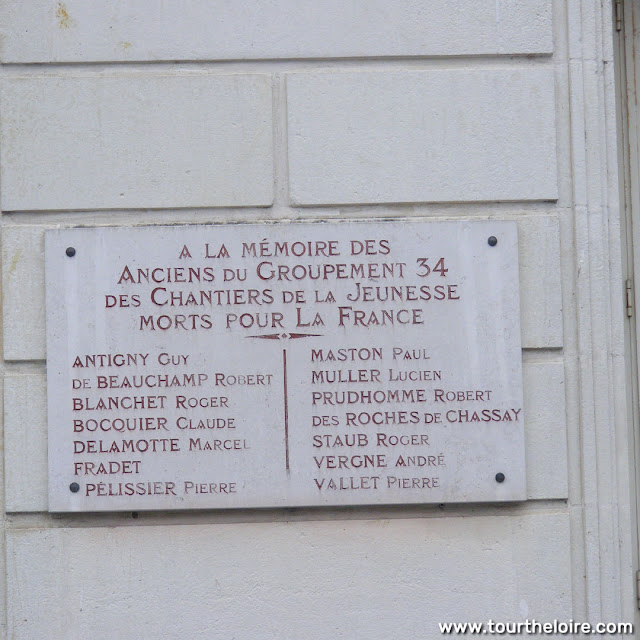 Les Chantiers de la Jeunesse Française (CJF) was a paramilitary organisation which existed between 1940 and 1944. It was intended as a means of training and moulding young French men. The armistice between France and Germany in 1940 ended compulsory French military service and the CJF was quickly set up as a sort of subsitute for those in the Zone Libre and North Africa. The young men joined initially for a voluntary 6 month stint (later for a compulsory 8 months) and lived in camps under quasi-military rules. The officers were serving military or demobilised reserves. They performed community service work, especially forestry.

If you would like to hear more about the heroism and suffering of these young men, book a tour with us.  To enquire about our private guided tours of chateaux, wineries, markets and more email us or use our contact form. More tour ideas can be found on the Loire Valley Time Travel website.